I have found it.

The greatest time suck known to man (or, actually, mostly to women it seems).

I’ve been at it about a week. Here are my thoughts so far.

One of those cheap hangers you bring back from the store? Break off the clippy part. Insta Chip Clip. I KNOW! Why didn't WE think of this?

I mean, I must have at least 10 of these hangers sitting around my house. I’ve tried reusing them to hang pants and things, but they just don’t mesh well with my other hangers. Yet I feel weird just throwing them away. You could also use these clips as clothes pins. Or binder clips. Or to pin your children’s mouths shut. (Just kidding on that last one…but admit it, for at least a half second you thought, “Now THAT is a good idea!” No?)

2.) But while I love the beauty of information sharing, I mourn the loss of individual creativity. 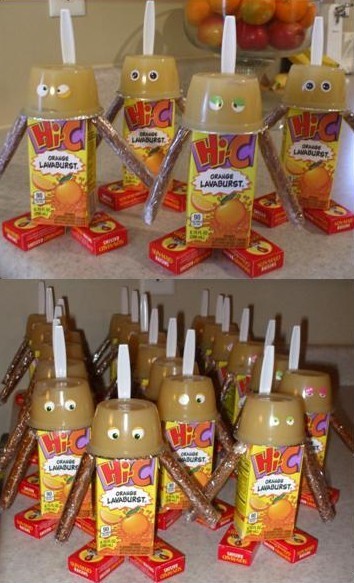 I have seen this pinned no less than 800 times (OK, maybe a little less than that). Those little guys are SO cute. I bet they’d be a hit at a birthday party as a take-home favor. But it kind of makes me think of the old, “If everybody is special, nobody is.” We can’t ALL make juice box robots, or everyone will have them. Ya know? And dammit. If I have a robot, I want him to be a snowflake! A special, special snowflake. I don’t pass up the pre-made Sponge Bob favor bags just so you can say, “Oh. I saw that on Pinterest.” I want you to revel in my awesomeness!

I think finding inspiration from ideas like this is great. Maybe you could make a different juice box sculpture. Or make a robot out of different items. And hey, nobody’s stopping you from making this exact thing. I just hope that Pinterest will inspire us to build on and improve ideas, not just steal them.

3.) I am woefully under-skilled

Oh hey, look, a cute ruffle pillow. The tutorial says it's SO easy. Yeah, unless you have no clue how to use a sewing machine. *sigh*

My family has lived in our house for a year now. We’ve not done much in the way of decorating or improving it. My husband did recently finish his home theater in the basement. We are now the proud owners of a 100 inch projection screen with some fancy 7 point something surround sound system (whatever that means). While I contemplate what this says about our priorities that it was the first room we redid, I am now inspired to make the rest of the house pretty.

If you are looking to redo your kitchen, decorate your bedroom, or update your window treatments, you will find a million ideas. I’ve pinned a bunch. Then I think, “There is no way I can accomplish this. I can’t sew/build/paint/draw/keep the kids out of my hair long enough.” What I really need is the ability to open my pin board so the original creator can crawl through my computer screen ala the creepy girl in The Ring. Then she can do the job for me and crawl back home. If Pinterest is soooo brilliant, surely the developers can make this happen, right? Let’s get on that. (Yeah…I could hire a decorator or buy something at a store, but where’s the fun in that?)

4.) Oh, but there are unskilled ideas too

Window treatments I can make using a hot glue gun? Really? Even I can do that. There is hope for my house after all. 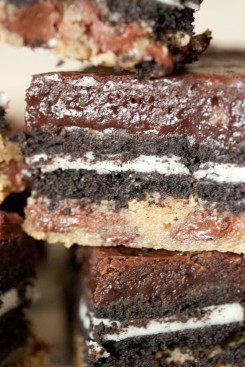 Let me just spell that out for you: Layer of chocolate chip cookie, layer of Oreo cookies, layer of brownies. In other words, fat for: my thighs, my love handles, and my stomach.

There are healthy recipes too, but where’s the fun in pinning those?

6.) Cool ideas for the kids

How cool is this? My son HATES anything that resembles “homework” (hey, he’s four, I think homework is a little much for a  kid his age anyway. *ahem* Off my soap box). But the fact remains  he does still need to learn stuff. He likes building blocks. I think he’d like this. To tone it down for his age, I’d probably put single letters on the blocks instead and then have  him spell words. After that we can upgrade to sentence making.

7.) But will I ever actually MAKE any of this stuff? 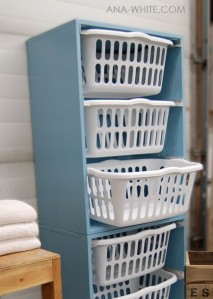 This remains to be seen. I’ve not been on Pinterest long enough to say for myself. I’d like to think so. I do need to organize, decorate, and redo the vast majority of my house. Some things more than others (like I could really use a more functional laundry space). But, I can see myself pinning things and then never getting around to them. Which kind of turns Pinterest into one big cheer-for-THAT-person fest. But that’s OK (see point #1).

Are you on Pinterest? What’s the most amazing/hilarious/calorie-ridden idea you’ve seen so far?